"My name is Cheryl and I am one of the few women that are diagnosed with Stage 1 ovarian cancer. The cancer was found as a result of a follow-up CT scan I had for kidney stones. When my CT scan results came back, a cyst was noted on my left ovary, so I was referred to a gynecologist by my physician. The gynecologist reviewed my test results, scheduled me for laparoscopic surgery and also had a CA125 test performed. After an anxious weekend of waiting for the CA125 test results, I was informed they came back negative for cancer, so there was nothing to worry about. Since cysts can just be water that come and go, a follow-up transvaginal ultrasound was scheduled a couple weeks before my surgery date to verify that wasn't the case. However, shortly before my ultrasound, I started experiencing extreme pain in my left side. The pain was so severe, I would double over. During the actual ultrasound, the technician asked if I was experiencing any discomfort in my left side and I said yes. She said she could see something during her scan. When I met with the gynecologist, he told me the tumor had grown in size and that full invasive surgery would now be required. If the cyst was confined to just the ovary he would only remove that, but if that wasn't the case, he would have to do a full hysterectomy. My surgery was scheduled to take one hour. However, when I woke up in the recovery room, I learned the surgery had taken 4 hours. When the gynecologist came to see me the next morning, he told me the tumor he removed was malignant and that I had ovarian cancer. I cried in his arms in disbelief and asked how that could be when the CA125 test results had been negative. I was 45 years old, had no history of ovarian cancer in my family and didn't even know the symptoms of ovarian cancer.

Learn more about the limits of CA125 testing for ovarian cancer here.

The gynecologist told me my treatment options were to go to a local oncologist who would schedule my treatment plan, or I could go out of town to a gynecologist/oncologist who specialized in just ovarian cancer. Since I had been diagnosed with a rarer form of ovarian cancer, I opted for the gynecologist/oncologist. As part of my visit with the gynecologist/oncologist to learn about my cancer treatment, she asked to do a physical exam that included a rectal exam. After her exam, she informed me I had a mass on my rectum that would need to be removed before I could start any chemo treatments to fight the ovarian cancer. I was devastated. One month after my hysterectomy and ovarian cancer diagnosis, I was undergoing a second, more major surgery, to remove the rectum cancer. When the pathologist's report came back, the diagnosis was that I had a second, completely different cancer and my rectum cancer was not related to the ovarian cancer. Two weeks after my rectum surgery, I started chemo treatments. The chemo treatments were extremely difficult on me. I had undergone two major surgeries in less than one month's time, so my body had very little time to recover. Chemo made some foods taste metallic. I was extremely sensitive to smells. The smell of hand soap and laundry detergents would make me nauseous in an instant, so I had to go to the grocery store to find products with scents that didn't upset me. In spite of various combinations and doses of medicine to prevent it, every chemo treatment made me sick for five days. I could barely maneuver between my bed, the bathroom and the couch. With each successive treatment, my white blood count took a severe nose dive. As a result, my planned three-week chemo regimen had to be stretched out to four or five weeks between treatments. After the third chemo treatment, my white blood count dropped so low I couldn't fight infections. I was hospitalized and placed in isolation for four days. I battled depression for several months and required medication to help control it. I was completely exhausted and found it impossible to even read the daily newspaper. I would read the same paragraph over and over several times, not comprehend it and then fall asleep. In spite of all the challenges I went through battling both cancers, there are several items that stand out from my journey. The medical staff that cared for me throughout all my surgeries and treatments were outstanding, compassionate and caring individuals. I credit the gynecologist/oncologist with saving my life by finding the rectum cancer and addressing it before starting my ovarian cancer treatments. I appreciated the loving care the nurses in particular provided me after both of my surgeries. One nurse on rounds held me in her arms at 3 a.m. while I wept dealing with the fact I had been diagnosed with ovarian cancer. I'm single, live alone and was very independent. However, after two surgeries, I wasn't able to do anything for myself. I couldn't cook, clean, or drive. My family lived in another state and due to health issues they were unable to come and help care for me. I had to learn to rely on friends from work and my neighbors to help me care for my incisions, get to doctor's appointments, chemo treatments, buy groceries, do my laundry and cook for me. The one challenge I was unable to resolve during my treatment and recuperation period was finding another ovarian cancer survivor with whom I desperately wanted to talk. I asked all the doctors I was involved with, but none were aware of any ovarian cancer groups or organizations to refer me to. Even if there had been a survivor group, it would have been very difficult to get to a meeting and participate, because I couldn't go anywhere on my own. In 2006, I decided to call the American Cancer Society about volunteer opportunities for ovarian cancer and was directed to SHARE's Ovarian Cancer Helpline. As a SHARE volunteer, I am now able to fill a void for other ovarian cancer survivors that I was unable to fill for myself. If a person is having a difficult time with chemo, like I did, they can pick up the phone and talk to someone that has been there without ever leaving home. I frequently speak with women that had a bad day in general, or their latest treatment was tougher than normal, or their friends/family can't accept the fact they have ovarian cancer or are nearing the end of their life. They just need someone to talk with that has been in their shoes. I've had callers panicking because they believed being diagnosed at stage 3 was an automatic death sentence. Since a majority of SHARE's volunteers are stage 3 survivors, I can offer to arrange an opportunity for the caller to talk with another stage 3 volunteer survivor. Whenever I talk to someone about SHARE's ovarian cancer hotline, I say it is the most rewarding activity an ovarian cancer survivor can do. I have the honor of being an Ovarian Cancer Helpline volunteer, but the callers are the ones who inspire me. I personally believe I receive a lot more from the women I speak with than I give because I am amazed at their stories, their challenges and their courage. They continue to reinforce that this is the greatest volunteer job available. Thank you for reading my story."

Sign up for Ovarian Community News to get the latest info on living with ovarian cancer. 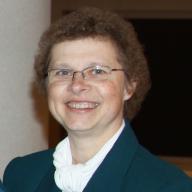