SHARE is deeply saddened by the loss of Lisa Franklin to Stage IV ovarian cancer on June 24, 2015. Lisa died peacefully at her home, surrounded by her loving family. This profile, which shows her relentless efforts to make all women aware of the symptoms and risk of ovarian cancer, was posted shortly after she learned of her recurrence.

She calls it her journey, but it's not a journey that she ever expected to take.

Lisa Franklin has always been meticulous about tending to her health. She never missed a wellness visit. She saw her primary care physician and her gynecologist regularly. And when she started to experience some puzzling symptoms she went for a checkup immediately.

The problem was that her symptoms could have been anything. Gastro-intestinal discomfort, burning and gurgling in her stomach, a feeling something was stuck in her throat, painful intercourse and increased discharge. Was it an ulcer? Was it a parasite she had picked up in Brazil? All the tests were negative. She took Maalox. She became a vegetarian.

In 2013 she ended up in an emergency room in Dallas, Texas, where she was diagnosed with stage IV ovarian cancer in both ovaries, which had spread to lymph nodes, liver and spleen. The largest tumor was on her colon. How could six doctors have missed it?

Since her cancer diagnosis her journey has become a mission—to raise awareness of ovarian cancer in under-served communities. "I have heard women of color saying black women don't get ovarian cancer. Well, I am here to tell them that they do."

There's a long history of cancer in Lisa's family. Because of it she went for a mammography five years ahead of time. "I considered myself proactive but I was just blown away that I didn't have the language to even ask about ovarian cancer testing."

"It never occurred to my doctors—and they were women," she says. "Doctors are the first line of defense and they need to be educated around ovarian cancer." Lisa believes that because this cancer is so silent, it's a very gray area in terms of the diagnosis. She wants to teach women how to bring up the conversation. "Now when I go for tests and blood work, women often ask me, 'tell me how you knew you had ovarian cancer.' They are hungry for information," she says.

"I tell them to ask the doctor to rule it out. If you have those pervasive, vague symptoms that any woman can have—because of menses, bloating, change of bowel habits, frequent urination, feeling full quickly, pain in intercourse—for more than three weeks, and you get no relief from over the counter drugs, you need to go and tell your doctor you need to rule this out. "

This is how Lisa found herself in a hospital in a strange city where she had moved from New York City two years before. She had wanted a change and she thought her money would go further there. She liked the idea that there was an emerging arts scene. A former program coordinator for a College Access program at CUNY, she took educational consulting jobs while she looked for a new position. "My plan was to figure out what I wanted to do," she says. But without steady employment, she didn't have any health insurance.

In that Dallas emergency room Lisa quickly learned that without health insurance in Texas, "no doctor would see me, even when I offered to pay out of pocket."

She returned to New York where New York Presbyterian Hospital agreed to begin treatment even though she had no insurance. (She has since applied for Medicaid.) Lisa began with three months of chemotherapy followed by de-bulking surgery. She then resumed chemo until January 2014. She went into remission in February but by September her symptoms returned.

The doctors offered more chemo. "They were very candid with me. They explained that what usually happens to a woman with advanced stage ovarian cancer is that the first time they aim to cure you. That is the hope."

But with such a brief remission, the doctors told her that her cancer was going to be chronic. The new chemo would act as a form of symptom control. But Lisa decided that since quality of life meant more to her, she would not go back into treatment. Her doctors had a hard time with her decision, but they respected it. Her family, however, was thrown for a loop. "They have had a difficult time accepting my decision." It helped a lot when her family met with her medical team and they came away with more understanding of why she had made this decision.

As a woman, Lisa has been on a quest for women's wellness and wholeness, "what I have been given to do on this earth." The irony of her situation is not lost on her. "How do I get a gynecological cancer when I have been teaching women how to honor one of their most sacred regions? Certain things can't be explained. I just have to accept," she says.

Lisa continues to reach out to other women. Soon after her cancer went into remission, Lisa became a SHARE Ambassador, educating women in under-served African-American communities about ovarian cancer symptoms and sharing her story. She continues to visit community-based organizations and churches to ensure that women have the information she didn't have.

In 2004, Lisa discovered waist beads. "They are from the African diaspora," she explains. "The beads were a way of adorning and affirming your femininity. In Ghana, baby girls are given the beads for protection because there is a myth that it's the beads that give a woman her shape. In Senegal the beads are a sign of sensuality." Lisa organizes waist beading circles where she teaches the history and women make their own beads to help them reclaim their sacredness and life giving, and healing.

But her overarching purpose is as a parent, a mother. Lisa has one son and one grandson. "No other role is as important as forming your child to be a decent human being," she says. Her son does not say much about her illness but he knows she is brave. But she is clear about what she hopes he will take away from her experience. "Even in the face of adversity, we can either shrink and let adversity take us over or we can allow that adversity to let us rise and shine, and use it to propel ourselves to our highest good." 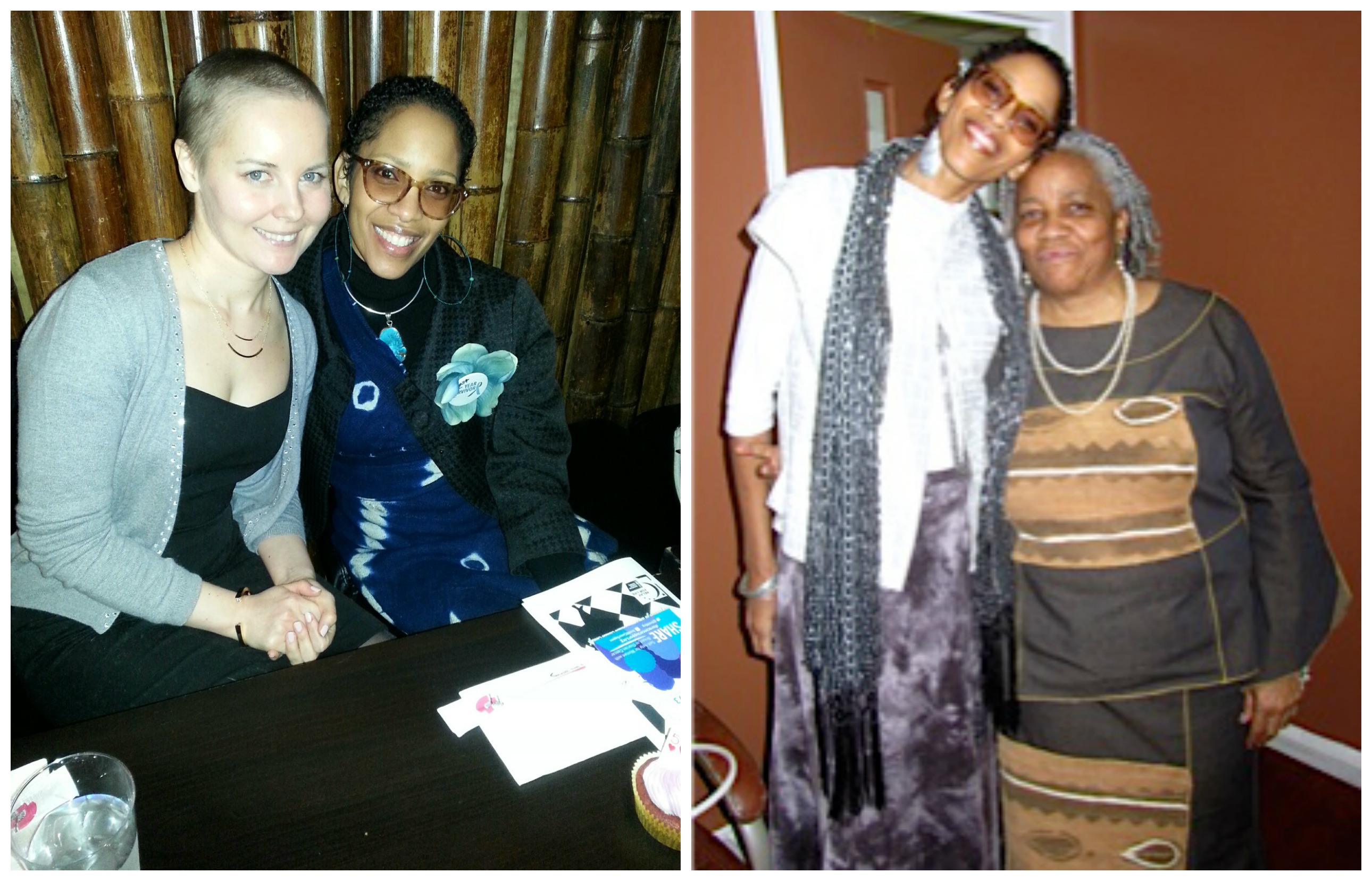 Looking for more information on Stage IV Ovarian Cancer? Check out this webinar on managing recurrence. 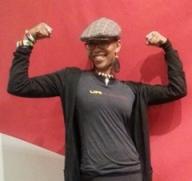