I always knew that someday I would hear the words "you have cancer." My mother was diagnosed with breast cancer at age 44 in 1973, and was treated by having a radical mastectomy. She looked like the famous NY Times magazine cover. The following year she had a reoccurrence in the remaining breast tissue and at that time went through radiation. She remained free of cancer for the next 5 years, but started having reoccurrences and died in 1986. Other than my mother, there was no one on my maternal side of the family with a history of breast cancer or any other type of cancer. But she had been born in Germany and many of her family were killed in concentration camps.

On my fathers' side, I grew up knowing my grandparents were 1st cousins. And of their combined 14 siblings, all but 3 died from cancer. Some of breast, some of "stomach" cancers, and others of undisclosed cancers. In those days you just said it was the big "C." One of my grandfather's sisters had a prophylactic double mastectomy in the 1950's. So you know something was happening in that side of the family, to convince a doctor back then to do so radical a procedure.

My dad's sister was diagnosed with breast cancer at age 36, had a mastectomy and is celebrating her 50th year anniversary being free and clear of cancer. Her daughter, my 1st cousin, was not so lucky and was diagnosed with ovarian cancer at age 42 and died 7 years later. But every time you filled out the forms in the doctor's office, no one was interested in the paternal side of the family, only the mother's side.

I didn't consider doing genetic testing, although it was offered to me. I wasn't prepared to do any prophalytic procedures and I was mis-informed about the consequences of having such a test done. Would there be discrimination by my health insurance company, would I be able to get life insurance, and would anyone employ me? Now I know many of these fears were unwarranted. In fact, I just recently obtained a long-term care policy.

I was, however, vigilant in seeing my physicians regularly, having annual mammograms and pap smears. In May of 2002, my mammogram had suspicious calcifications and needed to be biopsied. The results came back…malignant. At that time I made an appointment with a genetic counselor.

Watch the Video: Genetic Testing for Breast and Ovarian Cancers

I opted not to wait for the results of the genetic test to schedule a lumpectomy and radiation treatments when I was diagnosed with having DCIS (Ductal Carcinoma In Situ). My doctor recommended the lumpectomy and radiation as he said it was just as effective as a mastectomy for treatment of DCIS. My mother had had a mastectomy as treatment for her breast cancer and she was dead, so I was very happy taking another route. Also because her reoccurrence happened in the remaining breast tissue -- and having a mastectomy does not remove all the breast tissue -- for me removing my breasts would not have given me peace of mind. However, when the results of the genetic test came back positive for BRCA2, I decided to consult a doctor about having my ovaries removed.

Radiation was supposed to start the beginning of August, but my health insurance plan dropped the facility I was supposed to be treated at. The doctors conferred and decided I would be able to start radiation in September but no later. I needed to pick up new insurance. In August, I started having break-out bleeding and very irregular periods. But since I had always had extremely painful and heavy periods, I didn't really think twice about it. My gynecologist suggested having a transvaginal ultrasound. The sonogram revealed 2 fibroids or cysts. I was to repeat the test in November along with a CA125. At that time the test showed one fibroid/cyst had disappeared but another had appeared. The other fibroid/cyst had remained the same. MY CA125 was 12. The normal is anything under 35, so this was certainly not alarming.

In August, I also had a bout of indigestion. I remember it because I had never had indigestion before. It lasted about a month and then disappeared. The doctors dismissed it as stress-related.

On January 15, 2003, I had my prophylactic oophorectomy and hysterectomy. Everything looked normal. My gynecologist had told me he didn't think he could remove the ovary and the cyst laparoscopically, so I consulted a gynecologist/oncologist. He was able to do a laparoscopic procedure assisted by my gynecologist. It was the gyn/onc who suggested I also remove the uterus, as I was taking Tamoxifen at the time and Tamoxifen increases the risk of getting uterine cancer. No one thought anything was amiss until the biopsy report showed cancer. The cyst was outside the ovary and touching the fallopian tube, so I was classified as having a stage 2B cancer.

Having just gone through treatment for DCIS and overdosing on information from friends, family and neighbors and the internet, I decided not to interview an oncologist but to use my gyn/onc to administer chemo for ovarian cancer. What I found interesting about having ovarian cancer was no one knew of anyone who had had it, or who was alive. So where I had been inundated with stories about breast cancer, I knew almost nothing about ovarian. I needed to start chemo immediately. I knew my gyn/onc was a top doctor as my best friend was a senior VP with a major health insurance company and had done a lot of research regarding his abilities. So I put myself in his hands. Plus I had formed relationships with doctors through my breast cancer experience who also recommended him.

My gyn/onc suggested 6 cycles of Taxol/Carboplatin. He also suggested I have treatments every week instead of every 3 weeks, the usual treatment. He suggested the treatment would be less toxic and better tolerated. During my first injection of Taxol, I had an allergic reaction, which I had been warned about but had been told was extremely rare and was something my nurse with 10 years' experience had never witnessed. But I did have a reaction; I stopped breathing. Since then I have heard of many women who have had the same reaction. So I'm not sure how rare this is. They upped the benedryl and dripped the Taxol at a much slower rate, and I was able to tolerate it.

So for 6 weeks, every Friday I was administered chemo, on Sundays I would be sick, feeling flu-like, on Tuesdays I would have my blood drawn, on Thursdays I would see the doctor, and on Fridays I was back getting chemo. After the 6th week, I asked my doc if I could go on a 3-week cycle so I could have a life. Since I had developed neuropathy and lost my hair from the chemo, I didn't see the advantage of the weekly regime. I needed to see friends, or go to a movie -- anything to feel like a human being instead of being immersed with this illness.

After the 3rd cycle, I needed more surgery as I had never been staged. So I went back to the hospital and was reopened. They removed my lymph nodes and peritoneum and did a stomach wash. Everything was clean and 2 weeks later I was back for the final 3 cycles of chemo.

My doctor did not recommend a port. But by the 4th cycle, my veins were a mess. The nurse had to stick me 7 times to find a vein. I wish I had known more about ports. I cried every time I had to go for a treatment. To this day I need to take valium before getting intravenous treatments.

I didn't mind losing my hair. I never wore the $900 wig I bought. What bothered me was the loss of eyelashes and eyebrows. That made me look sick, I thought. But hair grows back. I was thankful that my cancer was found so early and I was going to be ok.

For the next 5 years, I needed CAT scans done every three to four months. The CAT scans expanded to include pictures of my lungs, as it was discovered that I have nodules which they were watching. I have recently graduated to having the scans every 6 months, but the nodules have remained constant. I am off all medications.

But to date, I have never had a reoccurrence!

For the Ovarian Cancer National Alliance (OCNA), I am a speaker in the Survivors Teaching Students program, addressing medical, nursing and physician assistant students about symptoms and genetic risk for breast and ovarian cancer. I volunteer for Cancer Hope, making phone calls to women or family members who may have specific questions about treatment or the disease. I also volunteer for SHARE as a member of the Ovarian Cancer Helpline. It's my way of giving back, and maybe by talking to me, patients and survivors can get the hope they need. 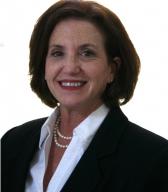