Forty-five years ago, when my mom was diagnosed with breast cancer, a woman had few choices. Biopsies were done surgically rather than with aspiration needles. Mastectomies involved removing the pectoral muscles and axillary lymph nodes along with the breast, and recovery was painful. Many women developed lymphedema, and compression sleeves to control the swelling were not available. Back then, mastectomy bras were awful-looking, and prosthetic breast forms were ugly and uncomfortable. SHARE, with its hot line staffed with breast-cancer survivors, did not exist.

A few years ago, when I was diagnosed, it was a new era. Many women can now have a lumpectomy instead of a mastectomy. If they do have a mastectomy, they can choose to have reconstruction with silicon or saline implants or their own tissue. If they choose not to have reconstruction, there are at least 10 manufacturers of mastectomy goods, and each produces dozens of lovely bra styles, in a variety of colors, and prostheses in all shapes and sizes.

I began having yearly mammograms when I was 36. Over the years, I had a few surgical biopsies that turned out to be benign. But on my 30th mammogram, my breast cancer finally appeared. I was told I could undergo a lumpectomy and radiation. However, given my family history of multiple breast cancers, I asked to have a mastectomy. My surgeon suggested that since my type of disease (invasive lobular) had a higher risk of re-occurring in the same breast or in the other one, I should consider a double mastectomy. I'd been preparing for that moment for more than 30 years. After five minutes of shock, I agreed, and I underwent bilateral surgery a week later.

During the week before my surgery, I tried desperately to speak with someone who'd had a mastectomy. I didn't know about SHARE then. With my mom gone and no sisters or daughters, I was on my own. After my surgery I went to a store recommended by my surgeon, and purchased a lovely bra which I had seen on the manufacturers website. The prostheses I bought were hot and uncomfortable. A few months later, however, I found a branch of the same store --- this one with a saleswoman who not only was a survivor but also had worked for a mastectomy-wear manufacturer. My new prostheses are so comfortable that sometimes I forget they're not me. My lacy bras are lovely, and so are my bathing suits.

So we do have choices nowadays, and we also have SHARE, where newly diagnosed women can speak to survivors of all ages who have undergone all kinds of surgery, with or without reconstruction, as well as radiation or chemo -- women who have made choices and have firsthand information about recovery. 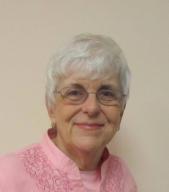