Ovarian Cancer: 35 Years of Advances in Treating this Disease

This year, when SHARE is celebrating a milestone (35 years!), it's a perfect time to reflect on how much progress has been made in treating ovarian cancer over the years -- and to look at what promising treatments are in the works for the future. 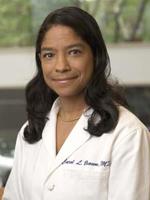 Dr. Carol Brown, Gynecologic Oncologist at Memorial Sloan Kettering Cancer Center and SHARE Board Member, provides lots of insight and information on this topic. Recently, she answered three questions about how ovarian cancer has changed in the last three decades.

SHARE: What have been the major changes in thinking about ovarian cancer over the past 35 years (or since the start of your career)?

Dr. Brown: Thirty-five years ago, a woman with ovarian cancer would go in for surgery and be given one of only a few available oral chemotherapy drugs for first-line treatment, and have very few, if any, options in the event of recurrence. But today, we have a lot more options both in terms of the number and types of drugs available to treat her as well as in approaches to surgery.

First, we came to understand, over many years, that surgically removing all of the visible tumor before chemotherapy was administered (what we call debulking surgery) has a huge impact on a woman's ability to be cured. In addition, our success with surgery has grown as the field of Gynecologic Oncology has gained a critical mass. Now a woman can have her tumor removed by a specialized surgeon who's gone through eight years of training to learn how to operate on women with ovarian cancer.

Another major change is in the introduction of chemotherapy drugs that have really pushed the envelope in terms of survival and cure, including the development of paclitaxel and carboplatin. In my early days at Memorial Sloan Kettering Cancer Center, I was involved in some of the very first studies in which paclitaxel was given to women who were succumbing to the disease and had no other options, and we saw some miraculous turnaround. Then some studies were done showing it could be used in the upfront setting, as first-line treatment. After paclitaxel, there was a period of time when there was an explosion in the development of drugs.

What really led to this explosion in drug development was the increase in awareness about ovarian cancer. The women who had the disease became more vocal as a group, and through advocacy organizations like SHARE and OCNA, the disease became more well-known. As a result, scientists and researchers' interests in ovarian cancer grew, and more importantly, the pharmaceutical companies became interested in trying to create drugs to treat it. Without their interest, we wouldn't be where we are today. But I can't emphasize enough that it was the advocacy organizations like SHARE, and the individual survivors, who drove the research. They developed partnerships with dedicated physicians, nurses and scientists, and they developed a voice that's now recognized in Washington. That's a major change, because ovarian cancer used to be thought of as an orphan disease. It took a lot of advocacy in the early years to get funding for ovarian cancer research, and still does.

SHARE: What's available now in terms of treatment approaches and scientific advances that wasn't available 35 years ago, and how have these innovations changed people's lives?

Dr. Brown: As I mentioned earlier, we have a whole series of chemotherapy drugs that we can use to treat the disease, which were formerly not available, including liposomal doxorubicin, gemcitabine, and topotecan. These agents have changed the experience with the disease. Where a woman used to have surgery and then one option for chemotherapy, we now have more chemotherapy drugs to cure more women up front and to use in the event of a recurrence. This means many women whose tumors come back can still live with the disease for many years, which has changed ovarian cancer from being an automatic death sentence to becoming a chronic disease.

We've also developed new chemotherapy drugs as a result of our increasing knowledge about the genetics of ovarian cancer -- namely the BRCA gene mutation. A whole class of new agents are being created that are called PARP inhibitors, which are still being refined but show promise particularly for women who have the inherited form of the BRCA mutation. They may also be a valuable tool for women who have an acquired (as opposed to inherited) BRCA defect, and that is thousands and thousands more women.

Bevacizumab is an example of another class of chemotherapy drugs developed in recent years that show promise. These drugs work to stop tumor cell growth by attacking the tumor's surrounding micro-environment rather than focusing on the division of the cancer cell itself. Some of these agents block the growth of new blood vessels, which feed the tumor; others make it difficult for tumor cells to travel and implant themselves elsewhere. One great thing about this whole class of agents is that they tend to be much less toxic.

Also, the development of supportive medications has made things so much better for women with ovarian cancer. Anti-nausea medications (or antiemetics) and medications that raise the white blood cell, platelet and red blood cell counts have revolutionized how chemotherapy is given, what women are able to do and how they're able to live. It was not uncommon when I started training 25 years ago for women to have to be hospitalized after or during every cycle when their blood counts got low because they got a fever. We had no way to bring their blood counts up, so they'd sit in the hospital for two or three days on antibiotics until the low point of the white count was over. This doesn't happen anymore. Women also used to need transfusions, but with the development of agents that support the bone marrow, that no longer happens. In addition, the antiemetics we give now are so effective, that most women find they gain weight during treatment for ovarian cancer instead of losing it!

Intraperitoneal therapy, though it hasn't been widely used, is also now available. For women who are candidates for it, it's a great advance.

SHARE: Where do the greatest challenges in the field of ovarian cancer lie?

Dr. Brown: One of the greatest challenges for ovarian cancer is the same one we face for all cancers. No matter what we do to a cancer cell and how many ways we find to attack it, cancer is so complicated from a molecular level and a genetic level, that it is incredibly flexible and adaptable to change. This means that it's very challenging to find either the one or two attack points that are going to be so critical they'll shut down the cancer cells' growth completely, or to find the right combination of multiple attack points to really kill the cancer so it doesn't have the ability to come back in the future.

The other big challenge is to find a way to detect ovarian cancer, for everyone, in stage one. If we could, we'd only have 10 percent of women who have recurrences, as opposed to fifty or sixty percent. There is a lot of work going on in this area, and genomic mapping of ovarian cancer is promising for this goal (ovarian cancer is one of the first cancers that has been completely mapped in the Cancer Genome Atlas project). One question here is: if you took a biopsy of a woman's ovary, would you be able to do a genomic mapping of that tissue and to say that a woman is going to get ovarian cancer and should have her ovaries removed because of the pattern of genetic mutations expressed in her ovaries? In any case, detecting the disease in stage one is crucial; we still are challenged in that most women found to have the disease are found to have it in stage three or four.