As I mourn the end of Oscar season, I think about how much I appreciate movies, not just for their entertainment value, but also for their ability to educate and inspire. So, for those of you who, like me, are not ready to move on to the next popular culture celebration, here are five movies that entertain, educate, and inspire (at least in some cases) about cancer. Can you think of others? 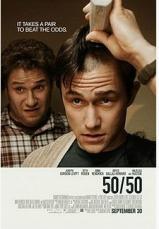 In this recent film, a 27-year-old journalist played by Joseph Gordon-Levitt gets a rare cancer and has to undergo chemotherapy. Not surprisingly, his experience with the disease affects all of his relationships -- with his best friend (Seth Rogen), his overbearing mother (Anjelica Huston), and his girlfriend, and he develops a new relationship with a therapist. Spoiler Alert! This movie does NOT end with a cancer death. 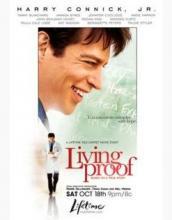 Harry Connick, Jr., plays Dennis Slamon, the doctor who developed Herceptin, in this Lifetime movie. He conducts clinical trials on Bernadette Peters and others. I'm not sure it's all factually correct, but it's a good introduction to the Herceptin story. You might want to follow it with Robert Bazell's book, on which it was based, HER-2: The Making of Herceptin, a Revolutionary Treatment for Breast Cancer. 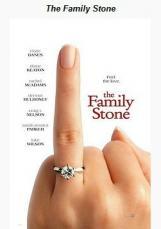 Diane Keaton's character deals with the recurrence of breast cancer in the midst of her family's Christmas holiday misadventures. Like some other movies about cancer, this one wasn't billed that way, as Megan remembers vividly. She went to see the film during the period when she was undergoing chemotherapy, thinking it was a fun family film. Not really. (Megan is one of our blog authors; see her most recent post.)

At the request of her father, William Hurt, Renee Zellweger leaves her high-powered New York job to care for her mother, Meryl Streep, who has what appears to be ovarian cancer. The experience brings out tensions and long-buried family secrets as Zellweger's character reassesses her relationship with her parents and her understanding of their relationship with each other. William Hurt's character is a real jerk in this movie. 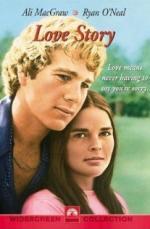 Ryan O'Neal and Ali MacGraw play Oliver and Jenny, a young couple from different class backgrounds who decide to marry against his family's wishes, leading to a loss of support from his father. Still, the two build a promising life together, which is jeopardized after they try to conceive a child and in the process learn that Jenny has what appears to be leukemia. The really weird part, though, is that the doctor tells Oliver about Jenny's condition, but doesn't tell Jenny, and then Oliver tries to keep it from Jenny. This definitely wouldn't happen in this day and age.