"Write what you know." It's Rule No. 1. So when writers get cancer, they write about it. Here are a few of my favorite first-hand cancer accounts: 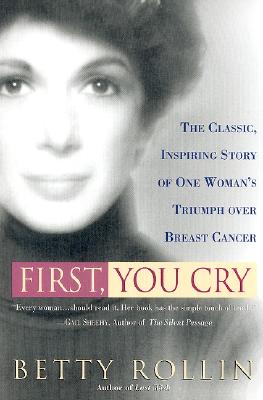 First, You Cry. Betty Rollin is the mother of all breast-cancer memoirists. And her earthy frankness and ribald humor make her a very cool relative to have. Particularly vivid are her descriptions of the emotional aspect of cancer. In 1975, when she was told she needed surgery, she burst into tears. "I felt something odd on my cheek. A false eyelash. I put it in the pocket of my dress. (Three months later I found it there, bent and full of lint.)" Though parts of this memoir, published in 1976, ring quaint, most of it remains all too relevant. 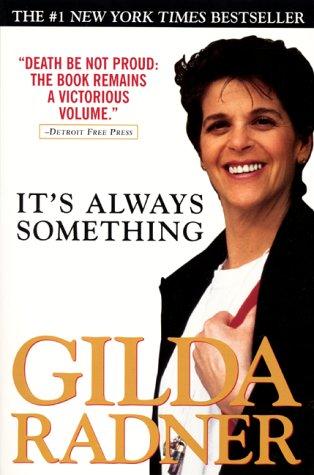 It's Always Something. "I had wanted to wrap this book up in a neat little package," Gilda Radner writes. "I wanted a perfect ending." The book is a messy sprawl, and she didn't get her perfect ending, but anyone who loved the antic Saturday Night Live comedian will savor hearing her voice again in this book about her ordeal with ovarian cancer, which took her life in 1989. 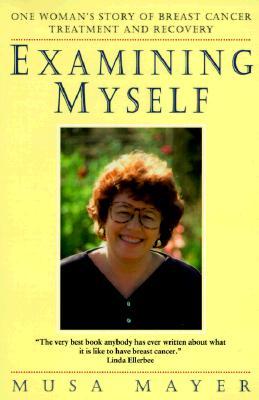 Examining Myself. I think Musa Mayer may be my lost twin sister. Although our cancers and treatment were different, our reactions were strikingly similar. "I couldn't seem to figure out what 'getting on with my life' meant, for it seemed as if I wasn't the same person I had been before," she writes of the psychological aftermath of her breast-cancer diagnosis. She figures it out in a deeply personal, carefully researched and beautifully written book.

The Red Devil. Katherine Russell Rich was 32 and her marriage had just ended when she felt the lump in her breast in 1988. "My first time out with cancer, it was like being in the middle of dismantling a rickety house and having a gas main explode underneath. I might have been prepared to dodge collapsing walls. I wasn't expecting to be plunged into a sinkhole." Out of that sinkhole, Rich makes art bloom as she recounts her journey in the land of the red devil (the chemo drug Adriamycin), including her diagnosis with metastatic disease in 1993, when she was told it was likely she'd live a year or two. In fact, she lived nearly 20 and wrote another memoir, Dreaming in Hindi, about living in India and learning a new language, before her death in April of this year. 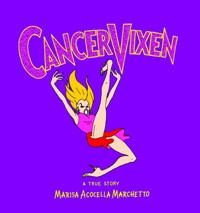 Cancer Vixen. Marisa Acocella Marchetto's comic-book memoir about her breast-cancer is not just funny but surprisingly informative. When "the Electrolux of the universe sucked me into a black hole," says her character, wearing green capris and red stiletto sandals, "I was alone, afraid … wishing I could just go back to worrying about my stupid, self-absorbed, self-esteem, weight, bad-skin, bad hair issues that had obsessed me my whole life … Now, who knew if I'd even have hair? Or if I'd even live?" She does. And she shares the gritty details of her treatment—including a copy of her real-life surgical pathology report.

Memoir of a Debulked Woman. Susan Gubar is an academic, so she anchors her account of ovarian cancer in a sea of scholarly references. Upon arrival at her first chemotherapy session, she writes, "the Shakespearean stage direction 'Enter, fleeing' echoed like a refrain in my head." But all the erudition and wry humor cannot soften the raw pain and humiliation she endures. A word of warning: this one is not for sissies.

Books like these are my support group, bridging the terrible loneliness of a life-threatening disease. The good news—and the bad news—is that there are many, many more. Is there a particular memoir you'd recommend to a breast- or ovarian-cancer survivor?

Megan is a volunteer on SHARE's Breast Cancer Helpline.