What Are Some Tips for Getting Through Chemotherapy? 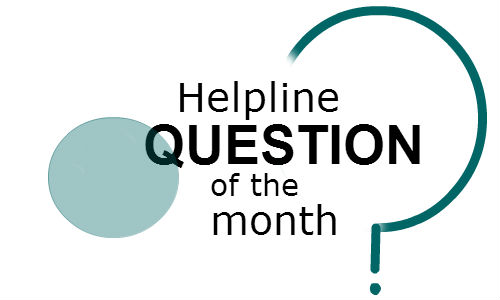 The cancer treatment many women fear most is chemotherapy. Although there's no denying that some forms of chemo can take a toll, the misery can be mitigated by antinausea and anti-inflammatory drugs. Indeed, one of my chemo nurses told me that with the new drugs, some women experience no ill effects whatsoever. If you, like me, are not a member of that lucky cohort, the women who participate in SHARE's breast- and ovarian-cancer programs have some tips for you.

One thing that's helpful to know is that if you do have side effects, they won't necessarily afflict you throughout treatment. If you have infusions every two or three weeks, you might have side effects for, say, two or three days each cycle and feel O.K. the rest of the time. Also, you may find that your worst day is not the day you get your infusion but a few days afterward. Barbara Krauser, former director of the SHARE breast-cancer helpline, and Meryl, a current volunteer, say they scheduled chemo treatments for Friday in order to have the weekend to recuperate. By Monday, they felt better. I found my side effects peaked on the third day after chemo, so a Thursday infusion worked best for me. Meryl notes that her job helped distract her from any lingering discomfort.

Andrea Herzberg, coordinator of SHARE's ovarian-cancer helpline, was given three different chemo regimens over the course of 15 months. The side effects varied according to the drugs and the delivery schedule, and she learned to calibrate her activities. "On days when the steroids made me feel like Mighty Mouse, I could do errands and exercise," she says. "Once fatigue and flu-like aches set in, I learned to be kind to myself—rest and let others take care of me." The crash can take you by surprise. "I remember waves of fatigue coming over me when I least expected it, like when I was having dinner with friends," recalls Bernadette Slavin, who volunteers on the breast-cancer helpline. "I'd have to excuse myself from the table and say, 'I have to go lie down RIGHT NOW.' They understood."

Several helpline volunteers gave themselves comforting visual reminders that their chemotherapy was finite and that each infusion they finished was one less they had to face. Jane Martin, a 12-year ovarian-cancer survivor, tallied her progress. "I kept track of my six chemos as in the diagram below, keeping the slip of paper in my wallet and scratching off session after session. One-sixth of the way done … one-third of the way done … halfway there …"

Diane D'Angelo, SHARE's breast-cancer helpline scheduler, burst into tears at her first chemo session. "I had eight rounds," she says. "It was going to be a long journey. I bought myself a pocket calendar and a book of happy stickers. After every infusion I placed a sticker on that day. Every time I felt nervous about an upcoming chemo, I looked at my little calendar and said to myself, 'Don't you worry, only three more to go.' " She used stickers to boost her morale for doctor's appointments and radiation too.

Several volunteers noted the importance of putting yourself first. "I was someone who was always running around, committing to too much, spreading myself thin. If this is you, you will find the word no to be a fantastic addition to your vocabulary," says Pam Grossman, a breast-cancer helpline volunteer. "When chemo is done, try to maintain this newfound ability to decline. If something nourishes you, it's a yes. If something drains you and there's no good reason to do it, it's a big no." Jane Madell, a two-time breast-cancer survivor and a caregiver of her daughter, concurs. "Give up guilt," she says. "Your main responsibility is getting through chemo. You can pick up the pieces when you are done." While you're taking care of yourself, try to get someone else to take care of the bills, as well as the cooking and cleaning. You may need the coddling to continue for a while. "Chemo is not done at the end of the last session," Jane says. "It takes your body some time to heal."

Be prepared for setbacks. Sometimes blood counts fall or other health issues emerge, resulting in postponement of a chemo session. Try not to get discouraged. Just do whatever needs to be done to resolve the problem.

Pam recommends bringing companions to chemo. "You may find that chemo is actually a great time to catch up," she says. One caveat, though: "Make sure you bring the right people. No drama queens. No random weepers. No one who is going to freak out if something beeps." While you're hanging out, "watch a movie together, share trashy magazines." A friend accompanied me to my first treatment and with the help of my chemo nurse made up a medication schedule, since some post-chemo medications had to be taken every four hours for three days, some every six hours for two days, and so forth. That schedule, plus a kitchen timer, helped me stay on track.

Complementary therapies can be helpful. Jane Madell recommends massage. Lorraine Bajada, who volunteers in SHARE's ovarian-cancer programs, says she went for hypnosis and had a tape she would listen to during treatment to reduce anxiety. Sara Millstein, a breast-cancer helpline volunteer who had chemotherapy twice, maintained a regular treadmill practice at the gym the second time around and went for acupuncture treatments, which she believes helped her cognitively, physically, and emotionally. "I wish I had known to do these things the first time," she says.

Many women find that the infusion day is not as difficult as they had feared but that the intervening weeks were stressful. Important advice for the in-between times: Get contact info from your chemo nurse so you can reach him or her if questions arise after you leave the clinic. Drink as much water as you can to flush out the "toxic waste." Getting exercise helps you feel better; SHARE volunteers recommend walking, tai chi, yoga, water aerobics, trotting on the treadmill. Write down your side effects so you can talk with your medical team about them; sometimes altering dosages fixes a problem without reducing a treatment's effectiveness, and sometimes one antinausea drug works better than another for you. Escape into the same pleasures enjoyed by healthy humans—movies, literature, music, art, and socializing with people who inspire you or make you laugh. Join a support group.