Many Thanks to Marilyn Lewis

After nearly 15 years as co-facilitator of SHARE's breast cancer support group in Queens, Marilyn Lewis stepped down in December. We're so glad she remains involved with SHARE, continuing to help with communications about upcoming meetings, and we greatly appreciate all of the time she has given to helping women with breast cancer. We owe her a lot.

For several years, Marilyn co-facilitated two Queens groups, which she called the newbies (newly diagnosed) and the posties (women in post-treatment). She was especially skilled at helping members bond with one another, often pairing a new member with someone in the group who'd had a similar experience.

Marilyn maintained contact with members between meetings, and would arrange outside events for members to gather. For example, Marilyn and various Queens group members attended NBCC's lobby day together, as well as other advocacy and scientific conferences. They also held an annual Chinese Auction for twelve years to raise money for SHARE.

Marilyn was diagnosed with breast cancer in 1990 and came to a SHARE program a decade later looking for information. Because she asked impressive questions, she was almost immediately "recruited" to volunteer for SHARE, and she trained to become a support group facilitator. In 2013, Marilyn underwent treatment for a second breast cancer diagnosis. She recovered and is doing well.

Over the years, Marilyn has done so many things for SHARE, in addition to facilitating support groups. She is a frequent volunteer at our annual A Second Helping of Life fundraiser, and she agreed to participate in a video support group series developed by SHARE. And she continues to talk to people about her experience with breast cancer, encouraging women to learn all they can about the disease and how to care for their own health. 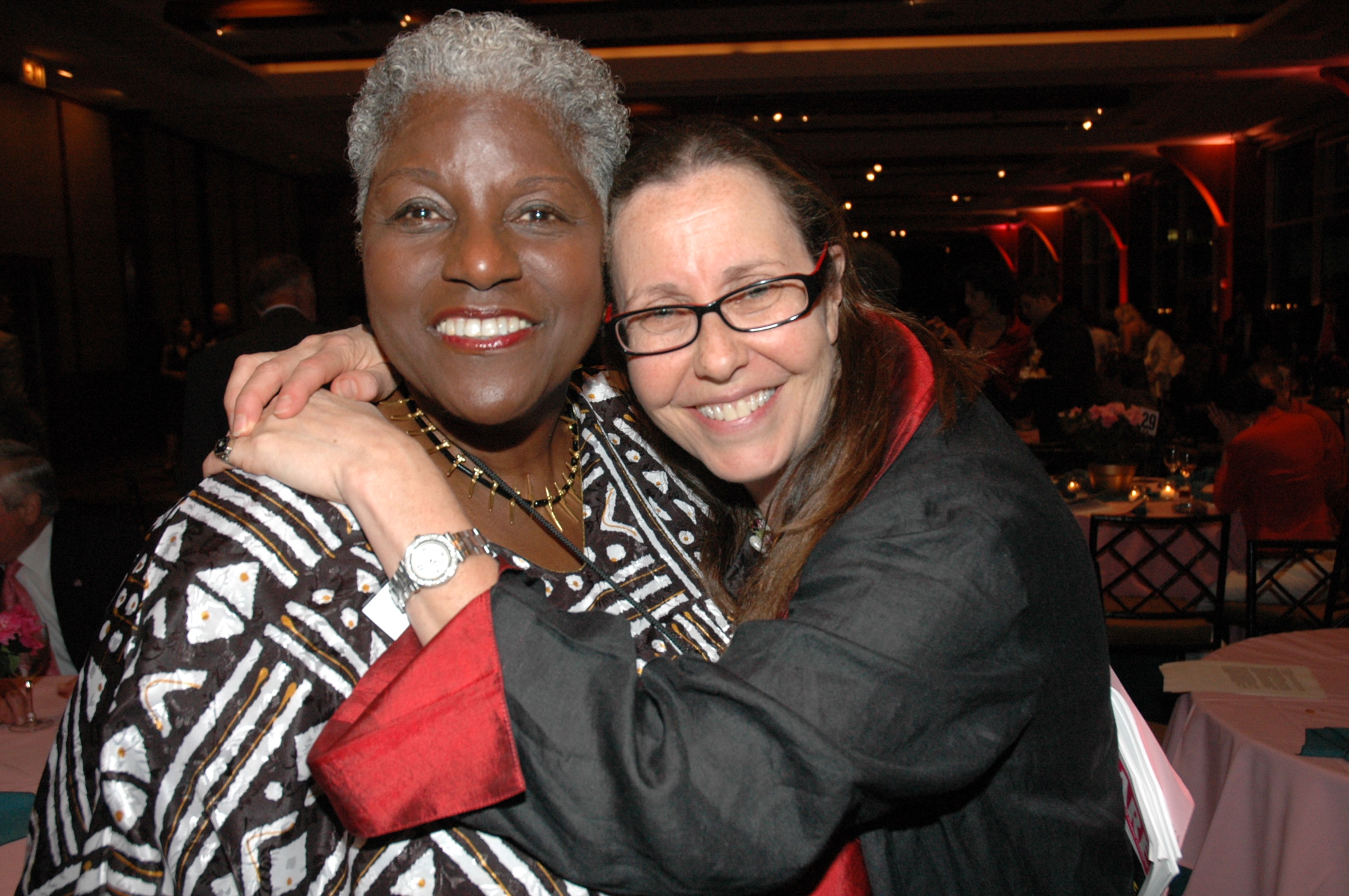 Marilyn (left) volunteering at A Second Helping of Life, with SHARE board member and breast surgeon, Dr. Deborah Axelrod.