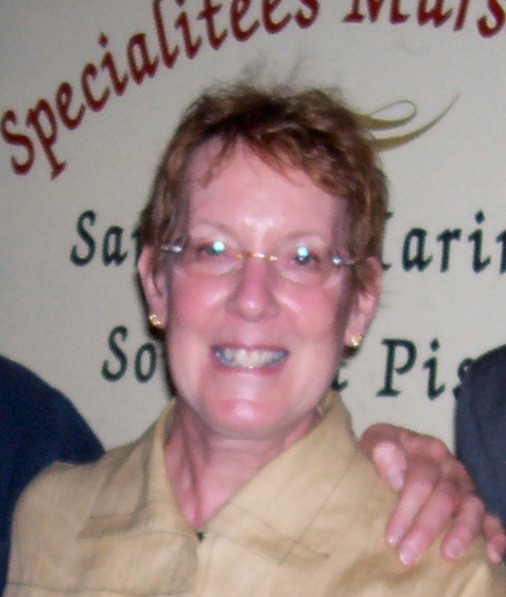 SHARE and the breast cancer community lost a tireless advocate and a wonderful friend when Anne Grant died on July 24. Anne was a respected and beloved SHARELeader, as well as SHARE's representative to the National Breast Cancer Coalition (NBCC) board of directors and a SHARE volunteer who devoted decades of her life to breast cancer advocacy.

Anne became involved with SHARE in the mid-1990s, when she was first diagnosed with breast cancer. She became a SHARELeader, served as a SHARE support group facilitator for many years, and lent her voice and organizing ability to multiple advocacy initiatives, including health care reform and the creation of the New York State Health Care Exchange. In recent years, Anne worked diligently on behalf of NBCC's Breast Cancer Deadline 2020, the campaign to end breast cancer in a decade.

In a blog post she wrote for this site in 2012, Anne described one afternoon in Union Square spent collecting signatures for the campaign, an endeavor she continued for many months, resulting in thousands of petitions for the President of the United States. SHARE's Executive Director Jackie Reinhard recalls a day spent with Anne in Central Park with that goal in mind.

"Everywhere we turned, Anne spotted more potential signers to approach. She kept moving all day, and finally I had to say it was time to go while we still had enough energy to make it to the subway."

Anne was first diagnosed with breast cancer in the mid-1990s and treated with high-dose chemotherapy with a stem cell transplant, an experience that was chronicled movingly in the recent Ken Burns-produced PBS documentary, "Cancer: The Emperor of All Maladies" (episode 2, 1:12:24 - 1:16:46). The treatment side effects impacted Anne for the rest of her life, yet they didn't keep her from the advocacy work that mattered so much to her.

"Underneath a kind, thoughtful and modest exterior, Anne was a resilient and incredibly strong woman who weathered the storms of metastatic breast cancer, and the significant disabilities she faced after her stem cell transplant many years ago, with such courage and grace.  She was never afraid to challenge, to question—wonderful qualities in any advocate," wrote Musa Mayer, author and breast cancer advocate.

"You've helped us understand the nuances, forced us to challenge authority when they've taken the wrong path or are being less than honest, and shown yourself to be a fearless advocate for what you believe in," wrote Alice Yaker, breast cancer advocate and former SHARE executive director, in a letter to Anne in the final days of her life.