What ridiculous things have people said to you about your cancer diagnosis? 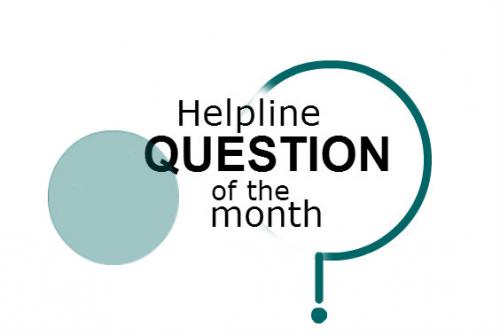 Before I had cancer, I was guilty of some pretty dumb remarks—like the time I asked a friend who was about to have a lung biopsy, "Don't you wish you'd never smoked?" Later I heard through the grapevine that the biopsy was benign. I was glad to hear the good news, but she never spoke to me again, and I don't blame her. One of the few benefits of my breast-cancer diagnosis is that I've become more thoughtful of the feelings of others.

I was an idiot. I admit it. But there are a lot of other idiots out there. So if someone has said something insensitive to you, take heart, you're in good company. I polled volunteers on the breast and ovarian helplines for examples of witless things people had said or done to them, and I got a steaming pile. Here's a sampling:

While undergoing chemotherapy for breast cancer, Meryl was having lunch at work one day when a colleague reached over and—uninvited—pried up Meryl's wig to get a glimpse of her hairless scalp. "Talk about clueless!" says Meryl.

After Barbara told a then friend about her breast cancer diagnosis, her friend said only, "Oh! I have to remember to schedule my mammogram." Barbara's response: stunned silence.

Another volunteer, also named Barbara, had a similar experience. When she told her father that she had been diagnosed with stage 3 ovarian cancer, his response was "Yeah, I think there's something happening with my stomach too."

When a casual acquaintance learned that Andrea had late-stage ovarian cancer, the acquaintance asked, "So what's your prognosis?" Paradoxically, says Andrea, "if it had been a good friend, I could've explained how ridiculous it is to ask someone you don't know well if they are going to die."

After learning that Theresa would be undergoing a lumpectomy and radiation but not chemotherapy, someone told her, "You don't have real cancer then."

"Oh, stage 1—that's nothing!" someone told Margo after she was diagnosed with breast cancer and underwent chemotherapy; Margo, who carries a mutation on the BRCA 1 gene, had a bilateral mastectomy as well as a prophylactic oophorectomy because of her genetic predisposition to breast and ovarian cancers.

Monica also carries the BRCA 1 mutation. Diagnosed at 33 with stage 2 breast cancer, she had a bilateral mastectomy. "Mastectomy?" poo-pooed a friend. "My mom knows someone who was back at work the next day." Monica didn't respond, but she thought, "Well, bully for her!"

When Sabina was diagnosed with stage 3 ovarian cancer, she was surprised that an out-of-state relative she had always been close to vanished from her life. When Sabina finally saw her a few years later, the relative said she didn't contact Sabina because she—the relative—was "too upset" by Sabina's diagnosis.

When Judi told a neighbor who worked in an ob-gyn office that she had been diagnosed with ovarian cancer, the neighbor burst into tears and told Judi that two women she knew had died of ovarian cancer. "I was speechless—and still am 15 years later," says Judi.

A helpline volunteer who asks not to be named tells of a (now former) friend who, after learning of her breast-cancer diagnosis, said, "If this had happened to me, my family couldn't have survived. My family really needs me to be at the center of everything. They'd fall apart." Says the helpline volunteer: "Did she presume I wasn't central to the core of MY family? So narcissistic, so hurtful, so disappointing."

In Mary's first session with a new therapist, he told her, "You may have caused your breast cancer due to the anxiety issues you say you've experienced throughout your life and the tightness in your chest that you describe." Says Mary: "I did not return for a second appointment!"

A doctor told Jane, who was diagnosed with breast cancer when she was 50, that she should have breast-fed her kids, because breast-feeding would have reduced her risk. Before changing providers, Jane pointed out to the doctor that the research on breast-feeding was not available 20 years earlier, when her children were born—and that blaming the patient was poor practice.

Gwen, who was diagnosed with ovarian cancer 10 years ago at the age of 46, particularly dislikes the admonition to "keep a positive attitude." Says she: "It's as though if you don't, you will be responsible for the disease progressing. Telling me that puts more stress on me—and it's stress I'm trying to minimize."

Friends, relatives, and acquaintances seemed to become doctors overnight after Diane was diagnosed with breast cancer. "You'll be throwing up all the time," one warned her. Another told her to put cooked cabbage leaves on her breast to prevent inflammation after surgery. Yet another advised her to put her right breast in the sink and wash it three times a day.

Koryn had a similar experience. A good friend told her that surgery and chemotherapy were just moneymaking scams and that Koryn could cure her stage 2 breast cancer with natural remedies like juicing and other dietary changes.

Sometimes an offensive remark is forgivable. Judy recalls how a neighbor, responding to the bandana Judy was wearing over her chemo-bald scalp, blurted out, "Why did you survive and my daughter died?" The neighbor's 25-year-old daughter, mother of a 5-year-old, had died of cancer not long before. Judy was startled but could not feel angry at a mother who had lost her child. "Fifteen years later, we're still friends and neighbors," Judy says.

Hurtful as some remarks can be, silence can be painful too. Sara found that when she was undergoing chemo, "most people just seemed to be unable to say anything, even though I was wearing a scarf to cover my bald head." Although Sara wanted to be treated normally, her illness "was like the elephant in the room." She realized how much the silence bothered her when a neighbor she didn't even know by name asked her if she was having chemo, and was there anything the neighbor could do to help? "It was so wonderful not to be invisible!" says Sara.

The truth is that even people with empathy scores at the genius level get caught off guard sometimes and blunder badly. So if a clueless remark is out of character, it may be worth cutting the person some slack. On the other hand, if an offensive remark fits into a pattern, it may be time to cut that person loose. And if you yourself are at a loss about what to say when someone tells you she's been diagnosed with a serious illness, you might want to check out Emily McDowell's line of "empathy" cards. Sample sentiments: "When life gives you lemons, I won't tell you a story about my cousin's friend who died of lemons" and "I promise never to refer to your illness as a 'journey.' Unless someone takes you on a cruise."