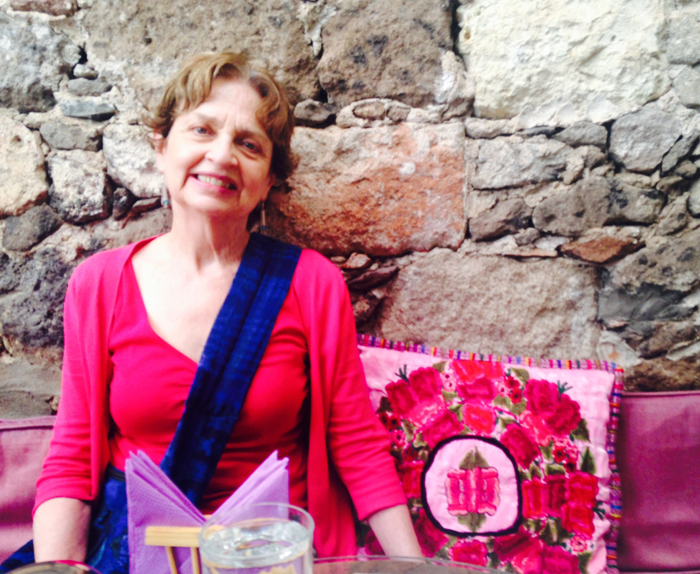 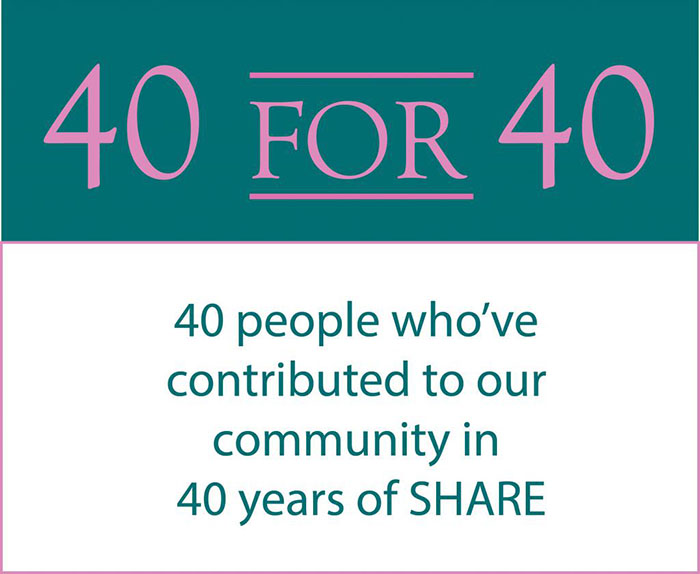 When and how did you first get involved with SHARE?

I got involved in 1985, when I was 41. I didn't know anyone else who had breast cancer, and I was in shock. I don't remember how I got SHARE's phone number, but I do remember coming to its little office and talking to Lee Miller. I had been hearing that m-word, mastectomy, and I was scared. But Lee was very calm and relaxed, and she took me under her wing. After we met, she started inviting me to SHARE events, and right away I cleaved to it. Participating in SHARE became very important to me, whether getting into a support group, where I made some lifelong friends, or the activities around it.

I watched SHARE grow tremendously. The support group I first joined started as just one big group, until more women wanted a group. There were older women, women of color, LatinaSHARE, groups for women who had metastatic disease. They all came with tensions and questions, but we went through our growing pains authentically and came out on the other side.

SHARE is where I taught my first yoga class; it was at an all-day support group in a community center. Alice Yaker encouraged me to build a yoga practice with other organizations, too, but I taught yoga and meditation at SHARE first for a while. I also taught theater at SHARE for a while, encouraging women to act out whatever their issues were, whether it was interviewing for a job after being at home or going on a date. I also helped plan SHARE's first walk-a-thon! Later, I became involved in LatinaSHARE -- I started studying Spanish and taught yoga to the Latina women, then eventually got on the Latina advisory committee. I was still teaching yoga here around 2006.

I have written about eight stories about my work at SHARE. Most of them were published in SHARE's newsletter or in the newsletter for Kripalu, a yoga retreat center. I also worked with Lee Miller to create bilingual memorial services, and I went to the leadership training in Washington, D.C., a few times. On most of my cancer-anniversaries, I did some small-scale fundraising, too.

I have made quite a few life-long friends at SHARE. I feel very blessed. SHARE has given me the perspective that I don't have to be alone if I don't choose to be. My deepest fear was always a cancer recurrence, but I knew I could call SHARE if I needed someone. I have a network of support now, and that brings me huge comfort when I go to sleep at night. SHARE also gave me my first job and the confidence to give up what I had been doing and move full-force into being a yoga teacher, which is a wonderful way of life.

I hope SHARE continues to grow for as long as it's needed, for as long as breast and ovarian cancer exist. In other words, I hope it folds soon because it isn't needed! I also hope that we remember some of the wonderful women who didn't survive.