This blog post was written by Eileen at Woman in the Hat. Thanks for writing it!

Get even more information on triple negative breast cancer here. 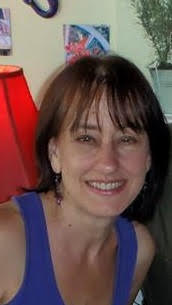 Cancer patients often hear the words: "You're so brave! I could never go through that." As if we have a choice or are selected based on our bravery. I know some are as the pretty-in-pink Wonder Woman who stares the cancer monster in the face, one stiletto heel on its chest with a fist waved in victory. That's not me. Not to brag, but I'm a wimp. Any inner strength I possessed didn't begin to prepare me for hearing the words, "You have breast cancer." If I fought a valiant battle, it's not because I was brave; it's because I was scared.

I got through a lumpectomy without drama, but being triple negative with a malignant lymph node meant chemotherapy was next on my medical agenda. I participated in an online support group with other breast cancer patients who were all starting chemo around the same time. Our mantra was, "It's doable! I can do this!" For the most part, we found we could do it, but there were days that were more trying than others.

When I arrived for my first infusion, the nurse must have seen the fear in my eyes when I spotted the bags of red and white liquid hanging from a pole whose contents would soon swim inside me. She slid the needle into my forearm while repeating, "Chemo is your friend, chemo is your friend...." I was not taken with chemo's charms, however. I thought: With friends like that, who needs enemies? This is going to be one toxic relationship.

Despite the anti-nausea meds, that evening brought on vomiting and shaking unlike anything I’d experienced before, nor would I experience again. Not everyone has this violent of a reaction, but remember: I'm a wimp.

Once my body settled down a few hours later, I stared at myself in the bathroom mirror. My cheeks were ashen, dark circles framed my eyes, and my hair hung sweaty and disheveled. I wondered how I would get through the night let alone the remainder of treatment. Yet, as I gazed in the mirror, I saw something in my eyes – a glint I recognized as my essence, that part of me cancer couldn’t touch or hurt or violate no matter how hard it tried. It seemed to shine brighter, defying the bedraggled wreckage of its host.

I cracked a weak smile, mesmerized by the radiance that emanated from my eyes. I thought, Am I dying? Did my soul slip out accidentally, get caught up in the tsunami and get pummeled ashore? Because it's beautiful, and I’m strangely at peace after the earlier violence that whipped through this shell.

Chemo may have kicked my butt, but it couldn't touch the spark within. That helped to carry me through to the finish line.

My second chemo was far easier. I even went hiking a few days later after the side effects abated.

No two chemos were exactly alike in terms of side effects. Sometimes my mood was buoyant and I felt invincible, but there were days when complications arose. I became despondent. I had to find a way to hang on.

I read a lot of books during treatment, some about cancer, others about people who survived hardship far greater than anything I'd ever endured. I gathered strength from the ordinary people, no different than me, who overcame extraordinary challenges. While each story was unique, they all had a common thread for survival: hope. Hope for the end of a difficult cycle. Hope for better days. Hope for what lay beyond the storm.

Sometimes my vision was obscured and I couldn't see past my pain. In my better moments I created a "Book of Life." This was basically a scrapbook in which I collected memorabilia, cards I'd received, photos of my children, activities I loved, and more. An important component was to also include events and activities I could look forward to in the future. When the fog set in and I believed the lie that life would never be good again, the Book of Life sat on my dresser where I could easily peruse its contents. Its tangible evidence reminded me of the many things that gave me joy, what to look forward to and, most importantly, reasons to affirm life.

Finally, I completed my eighth and last chemotherapy. Next was six weeks of radiation. Fortunately, I had an easy time with radiation and began to heal, including new sprouts of hair where I'd been bald for months.

I realized that this wimp was a lot stronger than I'd given her credit. In truth, we often rise up and unearth hidden strength during times when we have no choice but to plow through. We put one foot in front of the other because moving is what living things do. That's when we discover we can handle the unimaginable after all.

After the last radiation session, I quickly got into my car and headed toward work. After only a few minutes, I had to pull over. Tears blinded my eyes. As I sat in my car, I became overwhelmed with emotion and gratitude as the pain poured out of me. I'd run a rigorous course and finally sprinted past the finish line. Once I pulled myself together, I gazed into the rearview mirror to make sure I looked presentable before continuing. I ran my fingers through the downy softness that now covered my scalp. All things considered, it was a good-hair day.