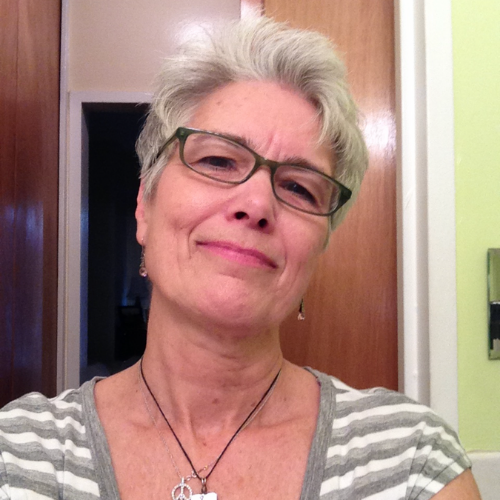 I was diagnosed with endometrial uterine cancer in September of 2015. My symptoms were minor and I only realized they were “symptoms” after I was diagnosed and told what some of the symptoms were...bleeding, bloating and discharge. Heart disease runs in my family so cancer never entered my mind!

In 2013 gynecologist sent me for a hysteroscopy due to some light bleeding. A polyp was found and she said if bleeding returned I would need a D&C to remove the polyp. Cancer or symptoms of cancer was never discussed.

A side note: It was during this time that insurance companies changed coverage for gyn check-ups from every year to every two years, which brings me to 2015 for my next checkup. So I question, had I continued to do my yearly checkups and gone in 2014 would they have found the cancer sooner, but I will never know.

In about March 2015 I noticed some blood stains and figured I would need the D&C, but felt no urgency about it thinking it’s just a polyp that needs removing. My niece was getting married in June so I was caught up in all the excitement of the upcoming wedding and put off seeing my gynecologist until July of 2015. She was not able to do an internal exam and we scheduled my D&C for September 2015. She did not seem to be concerned so I was not either. Again no discussion of cancer or symptoms.

When my doctor called me a week after the D&C and told me I had uterine cancer, you could have knocked me over with a feather! I believe she was as surprised as I was. She gave me the name of a surgeon to call and helped with getting me the appointment.

The sister of a good friend of mine was diagnosed the previous year with uterine cancer so after speaking with her I made an appointment to see her surgeon as well as interview three others. After meeting with the first two surgeons I decided to go with the one at MSK because if it had spread I felt this is where I wanted to be.

In October of 2015 I had a complete hysterectomy performed laparoscopically and robotically and recuperated well from surgery. I was a stage 1B and grade 3 due to the tumor penetrating more than 50% of the uterine wall, but thankfully it had not spread outside my uterus.

Between November of 2015 and February of 2016 I had 3 rounds of brachytherapy and 3 rounds of chemotherapy. Family and friends always made sure I was not alone during the treatments. My body handled the radiation well, but the chemo treatments were as expected with the various common side effects. My hair fell out in between my first and second treatment.  When it grew back in, it came back with lovely shades of gray. So no more 2 hour hair appointments every 4-6 weeks to color my hair! I do have some minor side effects from both treatments and the surgery, but I had decided when first hearing my diagnosis I would do whatever necessary to hopefully prevent the cancer from ever returning.

During this time, from being diagnosed to my last treatment, I had wonderful support from my family and close friends as well as my Christian faith and a great therapist at MSK. However, I needed to be able to deal with all I had been through, along with my fear of recurrence, by talking with others affected by cancer.

I was introduced to Share through a friend of mine about 6 months after being diagnosed. Talking to other women in my situation and sharing our stories and cancer experiences has been such a comfort and I hope I have been some comfort to them. In listening to some of their stories it seems gynecological cancers are sometimes difficult to diagnose. My cancer journey has taught me to listen more closely to my body, do more research and ask questions.

By continuing to be part of the SHARE monthly support groups I am able to let others know they are not alone, you can get through this and survive and it’s a safe environment to talk about what you’re going through with others that have been there. I am in my fifth year of remission and very thankful for every day of my life!