LatinaSHARE came about from an important question: Where was the diversity in cancer education? With death tolls at alarming rates in minority communities, how could learning and awareness be geared toward them specifically?

Since its inception, LatinaSHARE has been working towards supporting, educating, and bringing awareness to underserved communities through providing educational programs, support groups, and literature in Spanish. This year is the 25 anniversary of 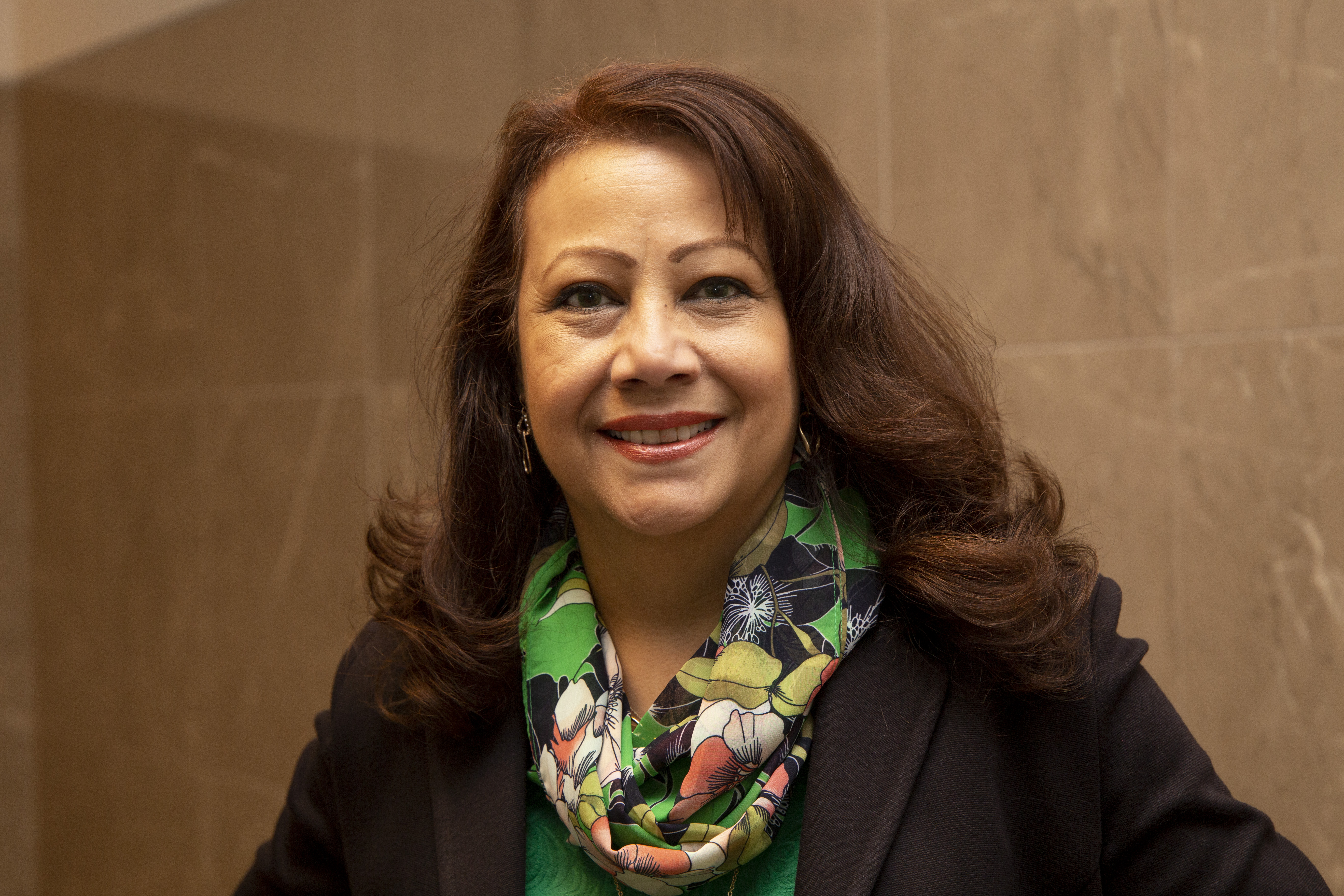 LatinaSHARE, and to celebrate this important milestone, we had the pleasure of sitting down with Ivis Sampayo, Senior Director of Programs at SHARE, to talk about the history, contribution, and future goals of LatinaSHARE.

“The demand for the education was always there,” Ivis said, “but with research and dedication, a solution started to grow.”

When Ivis joined LatinaSHARE in 1996, the Spanish-speaking community in New York lacked a dedicated place to seek cancer information and support in Spanish. Bilingual women were able to use SHARE’s resources and translate them for their community, yet there was still an overwhelming amount of non-English speakers whose demand for the resources was unmet.

With advocacy and communication, LatinaSHARE was able to tailor resources that were traditionally available in English to fit what Latina women wanted and needed. According to Ivis, “For this to work, the vision needed to fit the community.” As LatinaSHARE grew, more job opportunities for women of color were being created. Many women, including Jennie Santiago, Co-Director of LatinaSHARE, Maria Teresa 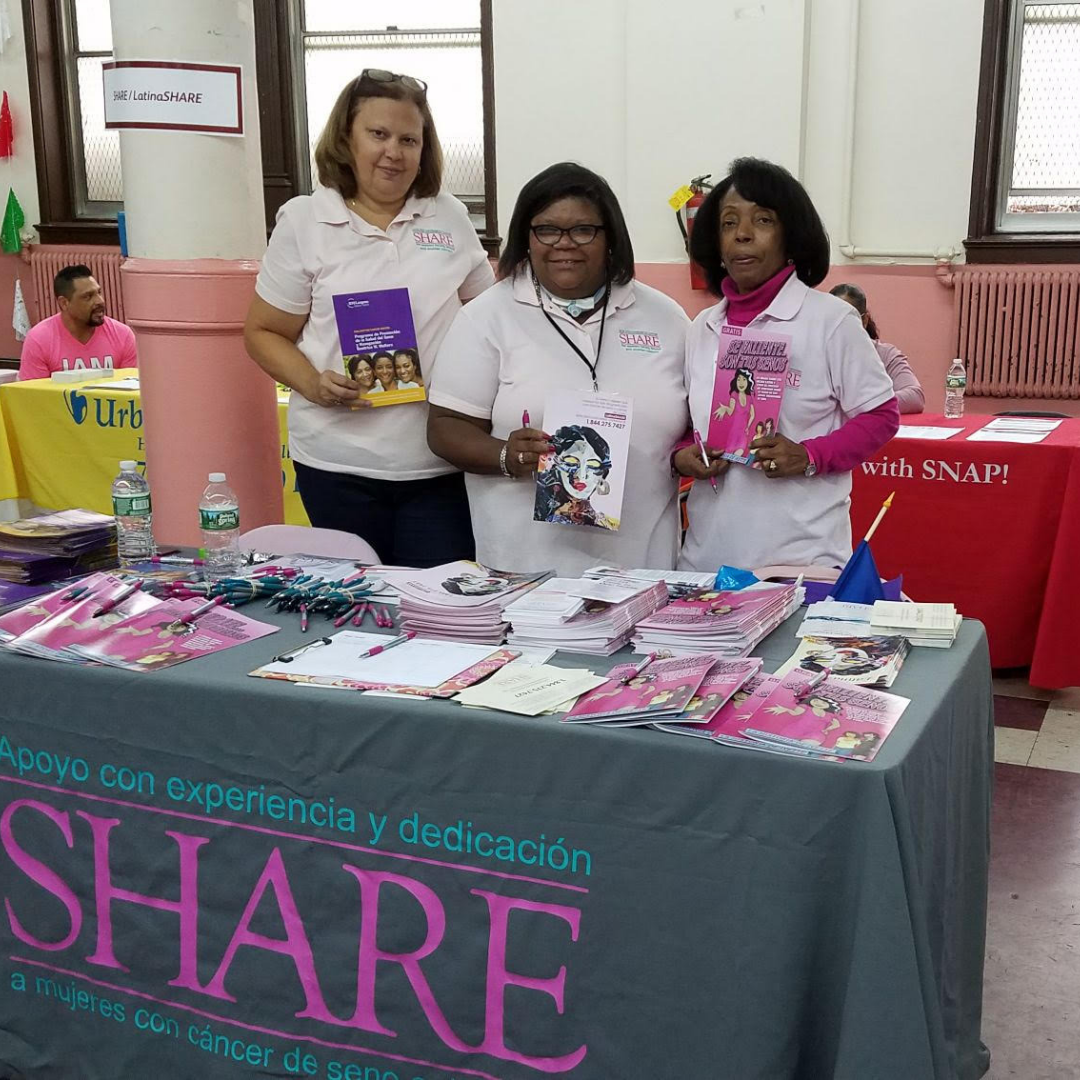 Estrella, Co-Director of LatinaSHARE, and Olympia Cepeda-Cotto, LatinaSHARE Manager, have grown with the organization as well and moved up to higher-ranking positions.

Jennie Santiago started out as a support group member in 2001. “[I felt] like I needed to do more and realized I wanted to help women with hardly any family support here in the states, no English language skills, no ability to communicate with their doctors, no health insurance, and had little to no comprehension of their cancer diagnosis,” she said. After that, Jennie became a volunteer and eventually worked her way into the office to train as a group facilitator, a helpline volunteer, and an Ambassador for the LatinaSHARE Program. “I've been given many opportunities along the way since first joining as a support group member. Through training, education, and mentoring I’ve been led to my current position as Co-Director of the LatinaSHARE Program, and looking back, I’m proud of that accomplishment.”

Some of the obstacles the women at LatinaSHARE fought to overcome were the myths and misconceptions towards breast cancer that were prevalent in the Latinx community. It became clear that education on these diseases needed to be enjoyable and interactive so that women would take ownership of their learning. This revelation led to the birth of a popular resource for the program: the Novelas. This comic book-style Novela tells the story of Ivette, a Latina woman whose sister is diagnosed with breast cancer, and her eye-opening experiences as she learned more about breast health and shattering the myths that she, along with her friends and family, had believed for so long. Now, this Novela has become one of the most popular pieces of literature offered by LatinaSHARE, and has spread nationally as well as internationally, inspiring women all over the world.

The bond the women involved in LatinaSHARE have with one another is evident in their work. “When a woman comes in to use our services, they become part of our family. LatinaSHARE is my family,” said Ivis. Stories of women at their wit’s end, thinking that nothing is ever going to help them, and becoming encouraged and empowered by connecting with women from LatinaSHARE are common here. “Watching the empowerment and growth in the women we serve is one of my favorite parts of 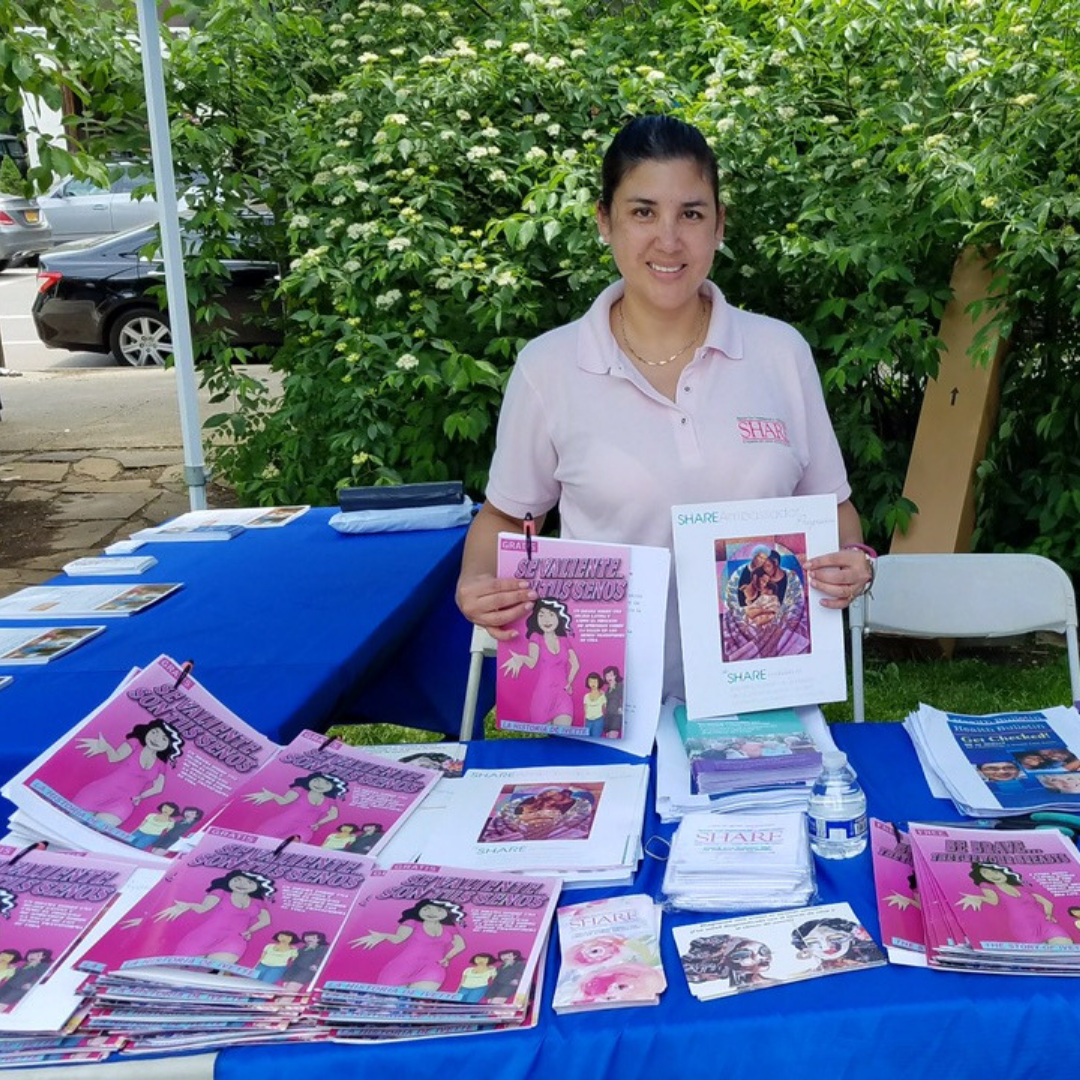 LatinaSHARE. They always come back – to educate, to learn, to become advocates – and mostly to support all of the new women that come to LatinaSHARE. The community here is always welcoming.”

If you or someone you know is affected by breast or ovarian cancer, do not be afraid to seek support and education on your options. No one has to face cancer alone. Call 844.ASK.SHARE (844.275.7427) to speak to someone in English or Spanish, visit latina.sharecancersupport.org, or contact the LatinaSHARE Facebook Page to learn more about our Spanish-language support groups, educational programs, and more.