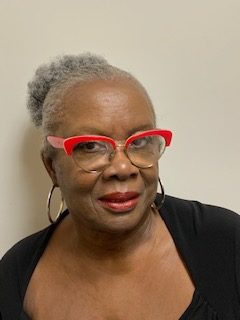 My Name is Rosalind B. Pettiford. On November 2, 2009, I heard the terrifying words: “You have Uterine Cancer.” My only symptom was bleeding on vacation with my then Husband. We drove straight to the Veterans Hospital in Brooklyn on our way home, and Dr. Friedman scheduled me for a Pap smear. My Pap test was negative, but Dr. Friedman said I was too old to bleed like that and he didn’t think it was my Fibroids. After having a biopsy, cancer (the enemy) was found.

I had a total Robotic Hysterectomy on November 23, 2009. I was told that because my cancer was found in such an early stage, I wouldn’t need any chemotherapy or radiation.

After my lymph nodes were examined I was found to have a very aggressive form of cancer, and would need three rounds of chemotherapy. Then, after having several scans, nodules were found on my thyroid, lungs, and I had a lump (negative) removed from my left breast.

After a year the storm calmed down and I found purpose. A Cancer Ministry was formed at my Church First Baptist of Crown Heights, Brooklyn, NY and I turned my personal journal into a book called Battle Cancer. I am living a victorious life, and recently became a Volunteer on SHARE’S Uterine Cancer Helpline. My TEST was turned into a Testimony that I pray it will help others in this battle.